Theology as an academic discipline emerged with the first universities in the High Middle Ages. The discipline which today is called systematic theology is of slightly later date. The term ‘systematic’ reflects the 19th century’s predilection for conceiving various areas – biology, philosophy, languages – in terms of systems. When the discipline evolved in its modern form, the endeavor was thus to study the Christian tradition’s central teachings in term of as a system consisting of various components: the doctrine of God, Christ, the Holy Spirit, the trinity, creation, sin, salvation, the church, the sacraments, eschatology, etc.

Still today, the discipline is by and large structured by the various doctrines, which are studied individually or in relation to each other. Examples of research questions may be how the idea of ​​God as incarnated in a male body has affected the view of gender and embodiment in the Western tradition; what consequences a high or a low church ideal, respectively, have for the understanding of the church in the wider culture; what role messianic beliefs about a coming kingdom have played for secular utopias of the ideal society on earth, etc.

Systematic theology, like any academic discipline, has always been affected by the questions and problems that each new era brings to the agenda. Examples of debates taking place in the present concern questions related to the climate crisis, sexual minorities or multiculturalism. How, for instance, has the biblical view of creation has affected the modern Western view of nature? On this issue, a number of scholars have put forth the argument that Christianity’s ‘disenchanted’ view of nature indeed has played a negative role, while others have argued that this is a polemic misreading of the Bible that underestimates its fundamentally holistic notion of the human being as well as of nature. Another question that has been foregrounded during the past decades concerns the Christian tradition’s ambiguous relationship to the human as a sexual being. A growing number of scholars critically examine how the church throughout history has condemned what has been targeted as ‘deviant’ form of sexuality, while simultaneously pointing to hidden resources in the tradition of a more emancipatory approach to sexuality and embodiment.

A significant part of systematic-theological research is today carried out as interdisciplinary projects. Philosophy is – and has always been – a close ally, but important research is also carried out in dialogue with e.g. art history, film studies and comparative literature, as well as with various natural sciences. Examples of interdisciplinary projects may be the presence of theological motives in the works of important authors or artists, or comparisons of theological and existential perceptions of the phenomenon of time in relation to scientific notions of time.

The systematic-theological research conducted at the Centre for Theology and Religious Studies in Lund includes several of the perspectives presented above. To read more about our current research projects, please visit our individual homepages by clicking on any of the names in the right column! 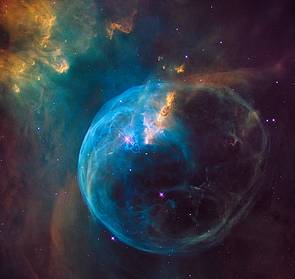